Château Larose-Trintaudon is famous for its iconic silhouette … Like a galleon with its lookout on an ocean of vines, its tall outline is as instantly recognizable on the table, on its legendary red label, as it is on the horizon of the wine route that follows the Garonne. But do you know its incredible history? Did you know that its terroir is miraculous? To find out more, read on…

The grand cru of hearts…against all odds…
In 1838, Henry Delaroze, the owner of Châteaux Gruaud Larose and Château Larose Perganson, was mayor of Saint-Laurent du Médoc. As a great expert in Médoc crus he wanted to do something to make his mark, and so he created a new vineyard of 15.95 hectares on the land known as Trintaudon. It passed to Count Ernest de Lahens in 1858, a man of great ambition and vision, who developed the estate and extended it to some 345 hectares by 1872. Although his new cru Larose-Trintaudon rapidly rose to the ranks of a classified fifth cru, it was alas too late to be included in the 1855 classification of the wines of Bordeaux, a classification that would never be revised.

But Larose-Trintaudon was in step with the times and chose to win the hearts of the people. The experts made no mistake when they awarded it medal after medal… at the Bordeaux International Exposition of 1885, the World Expo in Paris in 1889, and the Amsterdam World Fair in 1884. It was listed as a Cru Bourgeois in the 1868 edition of Féret, then a Cru Bourgeois Supérieur in 1874. And in 1884, at the height of his success, Lahens commissioned the construction of the château of Trintaudon, with its distinctive tower that remains the symbol of its popularity and its legend today. 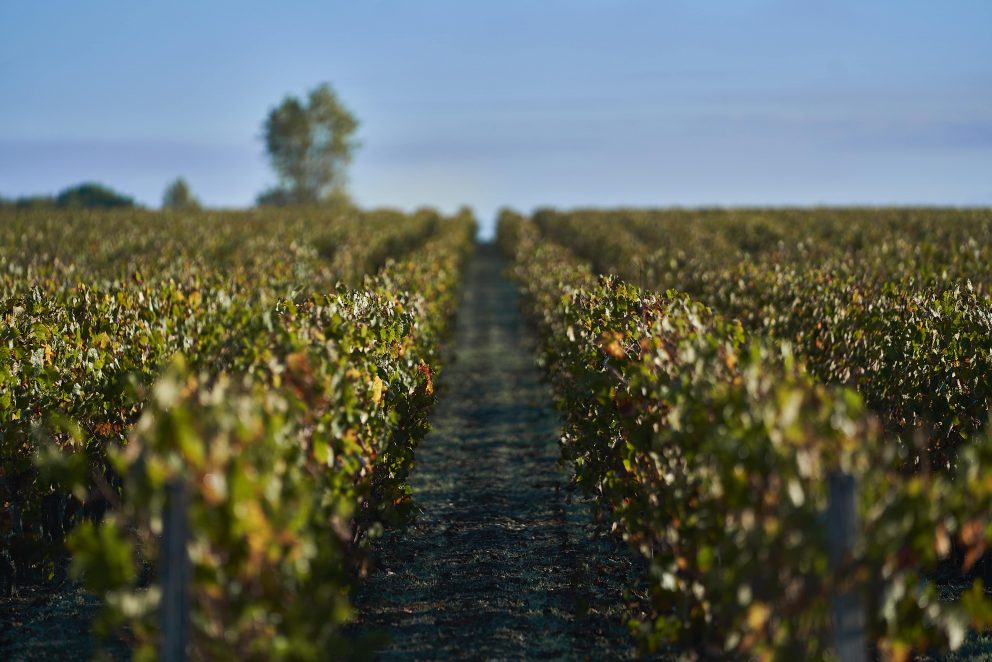 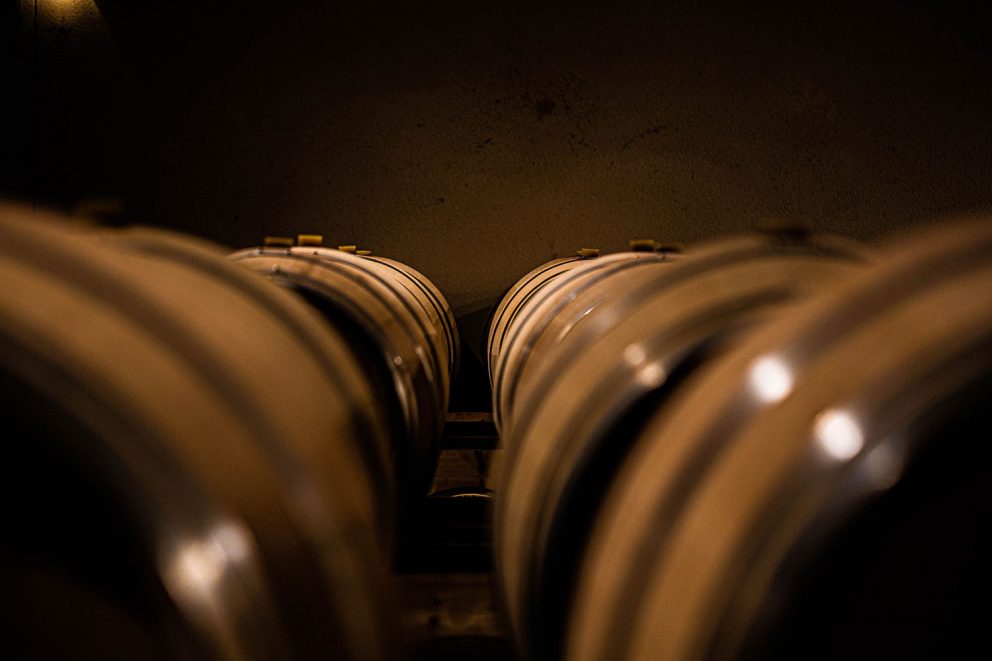 Its survival in peril
Sadly, calamity after calamity struck the Médoc between 1890 and 1945, first the phylloxera epidemic, then mildew, then two world wars. In spite of a 30-year long battle against vine disease almost all the harvests were lost in the years between 1910 and 1915. Land prices tumbled, and numerous chateaux fell under the hammer.

Larose-Trintaudon was greatly diminished and passed from hand to hand before being purchased in 1923 by Count Tchernoff, an eccentric Russian white emigré who pulled up the greater part of the vines to create… an industrial dairy farm! But the austere land of Trintaudon, although miraculous for growing grapes, produced no grass. Exit the calves and the cows, the business went bankrupt, and the estate went into liquidation. In the thirties it was owned by a Spaniard, Jaime de Artega Falguerra, and what few vines remained were abandoned. The delightful cru that had known such success was now no more than a distant memory.

The salvation of a legend
In 1963 Larose-Trintaudon was rescued by the Forner family, owners of Château Camensac and the renowned Spanish cru, Marques de Caceres. The estate’s potential had not escaped them, and they put huge efforts into resurrecting it. Under the scientific guidance of the eminent specialist Professor Emile Peynaud, they replanted 175 hectares with noble grape varieties, restructured the vineyard, and re-equipped the cellar. Wine flowed in the cellar again, and the newly renovated chateau once more looked out proudly over its vines.

A period of increasing democratisation of wine followed and, just like in the 19th century, it was popular acclaim that forged the reputation of Château Larose-Trintaudon anew, making its red label an absolute must have… In the space of just a few years it became a firm favourite at wine fairs and a staple of family wine cellars. Its reputation was such that in 1986, having become one of the most important vineyards in the Medoc both in terms of size and production, it entered the portfolio of an international group looking to invest in sustainable real estate, the Allianz Group.

A shining example within the Crus Bourgeois
With the managerial expertise of Allianz the estate established a blueprint for the future in the form of a long-term strategic management plan. Long before its neighbours, and perhaps because of its chequered history, Larose-Trintaudon’s thoughts turned to posterity and sustainability. From as far back as the year 2000, environmental, social and economic responsibility guided all its policies, and in 2010, after creating the Responsible Vineyards Charter, it became the first European agricultural company to attain CSR certification at exemplary level. Today, its success has enabled the enterprise to develop and increase its vineyard holdings, with Château Larose-Trintaudon forming part of the responsible vineyards within the Vignobles de Larose group. Well known and loved across the whole of the Médoc and beyond, Château Larose-Trintaudon was classified a Cru Bourgeois Supérieur in 2020 and aspires, as it has for over 100 years, to continue winning hearts and merit the affection of its loyal following. 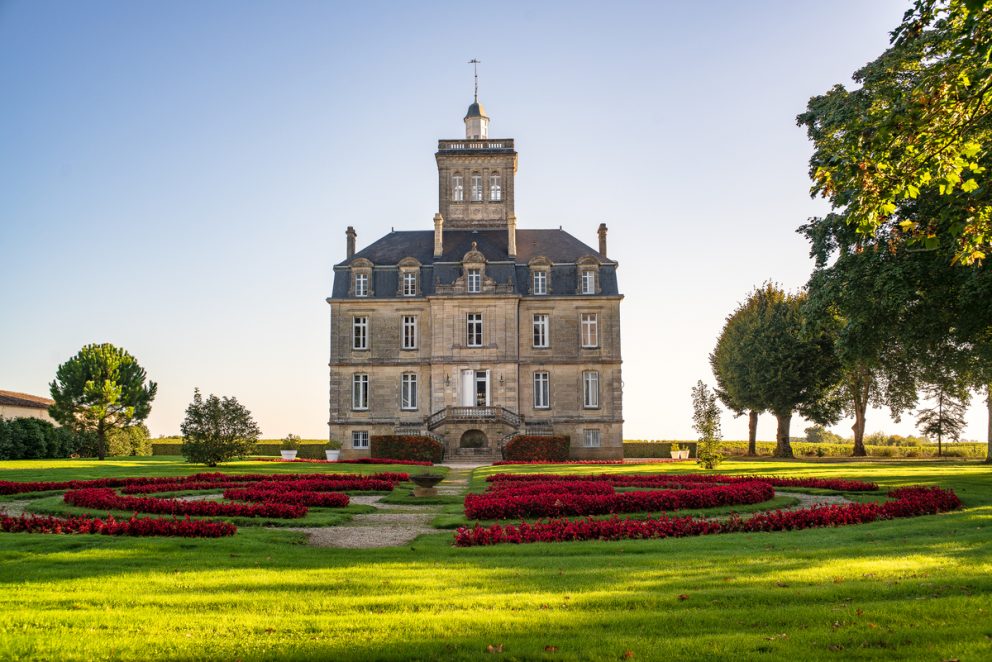 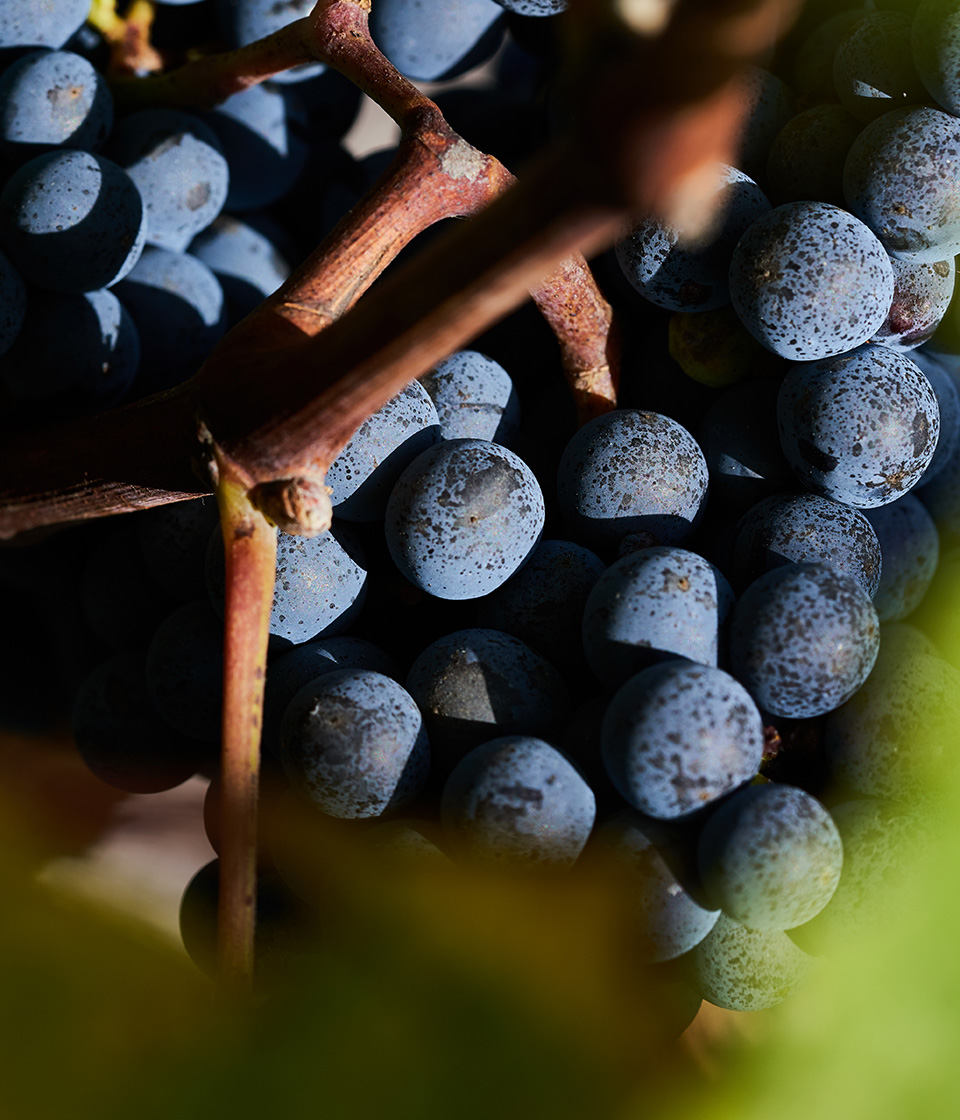 From vineyard to cellar

A “miraculous” terroir
The vineyard at Château Larose-Trintaudon is so special that some speak of a “miracle”. Nowhere else in the Médoc have parcels of such homogenous quality over such a vast area been brought together. This “miracle” results in magnificent wines of consistent quality that are a perfect expression of the Haut-Médoc, whatever the vintage. With 70% of stony and sandy gravel, and 30% limestone clay, the diversity of terroirs makes it possible to adapt to annual variations in climate by prioritising the expression of one over another, depending on the vintage.

A diversity of soils for perfect balance
In the Médoc, the closer you get to the current banks of the Garonne, the further you venture into the former riverbed as it existed in the quaternary period, and the larger the stones, or ‘graves’ carried here from the Pyrenees, become. The graves soils of Larose-Trintaudon, fine and interspersed with sand, are close to the edge of the ancient riverbank. These well-draining soils allow water to filter away, forcing the vine roots to plunge deeply into the earth in search of nourishment. They also absorb the heat from the sun which helps the grapes to ripen, particularly the Cabernet Sauvignons. The denser, cooler limestone clay soils are permeable, preventing the accumulation of excess surface water. Perfectly balanced due to the combination of the richness of the clay and the excellent filtering qualities of non-active limestone, and not subject to chlorosis, they offer the ideal conditions for the vines to fully express themselves, particularly the Merlots.

Château bottled
All the winemaking operations, ageing, and bottling takes place in the Chateau’s cellars, whose tower marks the heart of the estate. Each year the harvest is closely monitored, hour by hour, in order to pick every parcel at perfect maturity. To ensure the greatest consistency in quality and style the blend varies from vintage to vintage, with Merlot and Cabernet Sauvignon always in the majority and the addition of light touches of Petit Verdot for the freshness it brings.

After traditional barrel ageing, Château Larose-Trintaudon is bottled on the premises, with its famous red and gold label that brings a gleam to the eye of its devotees. It is sold directly at the property or can be purchased online on the Vignobles de Larose boutique. 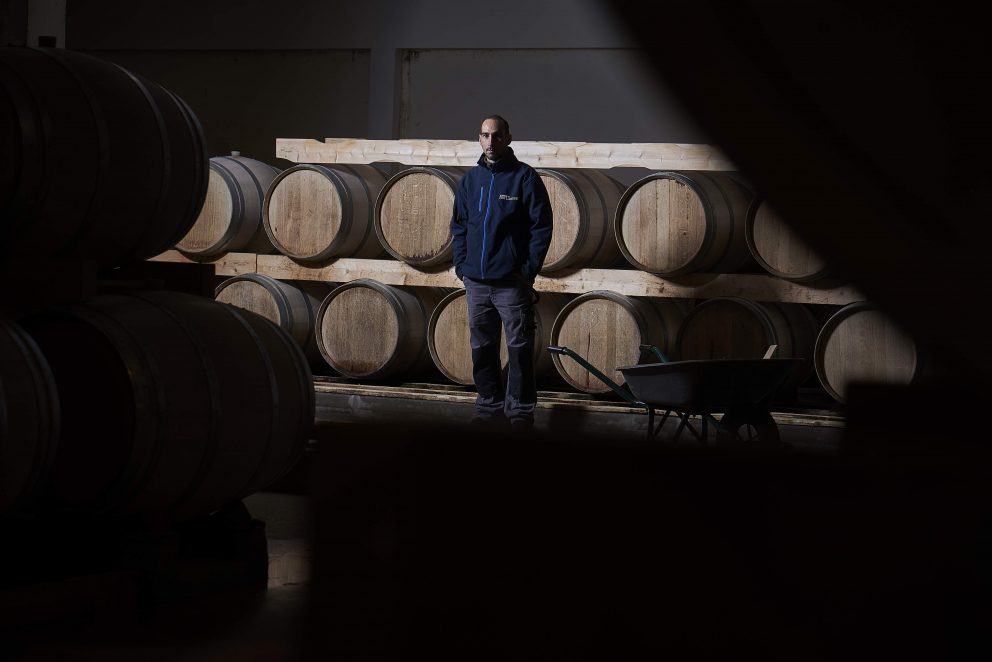 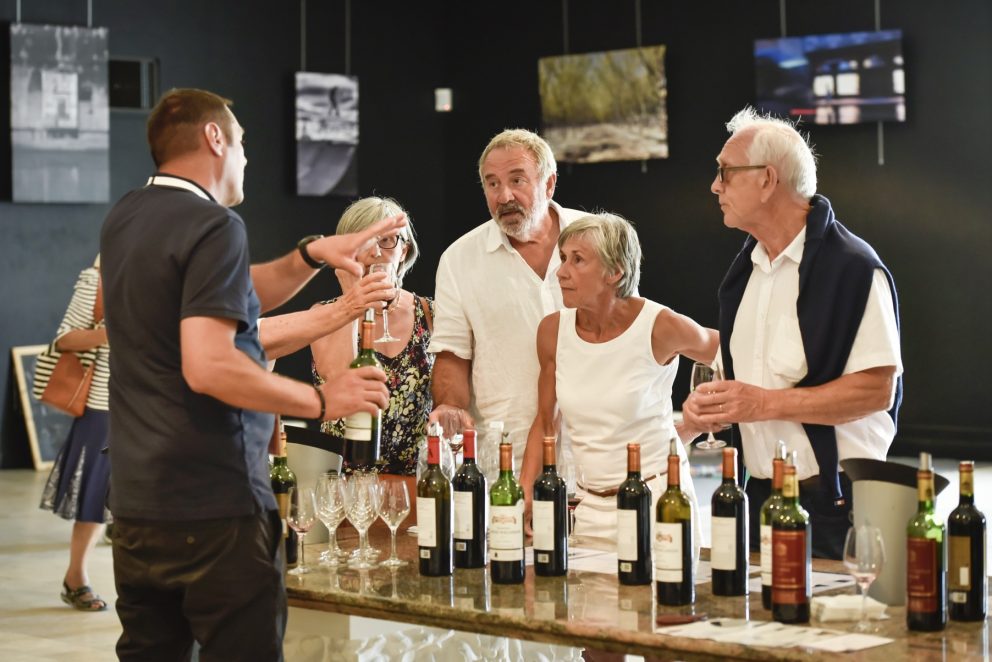 A family outing?
Visitors are welcome all year round at the cellar door boutique to taste and discover the Château’s wines. For families, “On the trail of Larose” is an outdoor treasure hunt lasting around half an hour that takes you through the park and the vineyards in search of clues for children to collect. They are given a sheet to fill in and colour, and every child that successfully completes the treasure hunt receives the prize of a jar of honey made from our own beehives. During the summer there is also a specially equipped children’s area in the Château’s boutique.

Guided visits
From May to September, Château Larose-Trintaudon opens the doors to this vast estate with its rich history. A visit that is perfect for learning about the Medoc’s historical and cultural legacy, starting with the splendour of its golden age at the end of the 19th century. During these visits, that are accessible to all, you can discover the vines, the work in the vineyards, the history of the château, and the vat room where the winemaking process is explained. And on entering the barrel hall it’s almost impossible not to gasp in admiration at the sight over 2400 barrels, all impeccably aligned. The visit concludes with a commented wine tasting.

Château Larose-Trintaudon is an exceptional venue, open all year round for events, receptions, and business seminars, that will leave your guests with unforgettable memories, particularly if your event includes the ascension of the tower with its panoramic view over the Médoc vineyards. We offer a bespoke service to take care of all your organisational and catering needs, for events in the château or its park, as well as an offer of local accommodation at preferential rates. 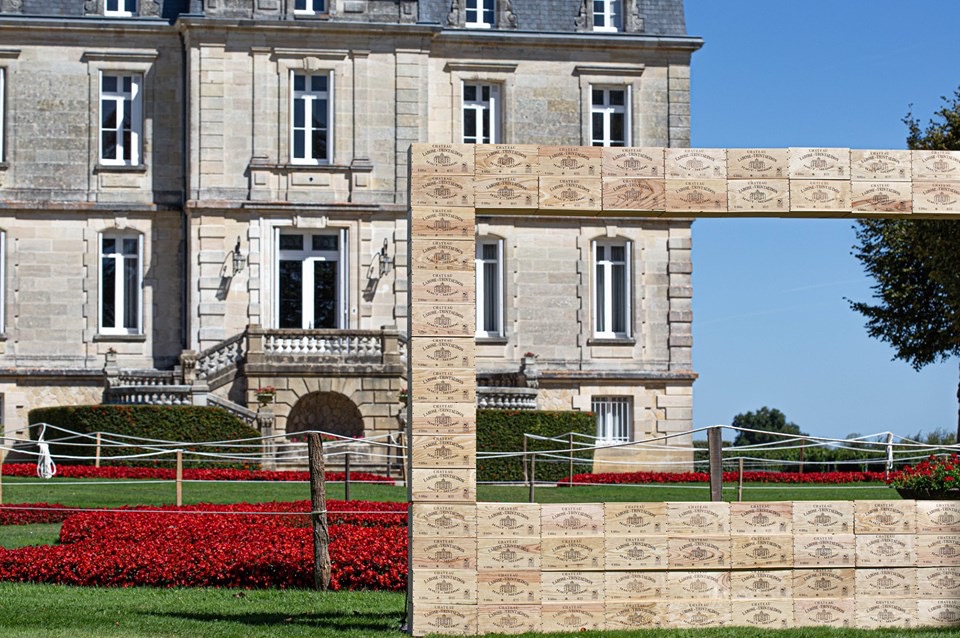 Practical information for events and seminars